Dig you some Jack LaLanne


I cannot afford to die, it will ruin my image.

That's the sort of thing Jack LaLanne says. You ever say anything that cool? Hell no. You're not Jack LaLanne.

Jack LaLanne was the first guy to do exercises on the idiot box for your 1950's housewives. Imagine how those broads swooned over that jumpsuit. Look at the belt on that thing for chrissake!

Your 1950's housewife chicks would watch ol' Jack LaLanne. They'd be holding the chair back, doing their leg lifts. Then they'd start thinking about reaching over and unfastening ol' Jack LaLanne's jumpsuit belt with one hand and (ahem) reaching for something else.

Pretty soon, your 1950's housewife chicks were rubbing one out in honor of ol' Jack LaLanne.

(Say "Jack LaLanne" out loud three times, just to see if anything happens. Go on, do it for your humble hostess.)

If you're going to the land of Jack LaLanne, you've got certain obligations, like dropping in on the Power Juicer square, where you'll find ol' Jack hanging out these days. 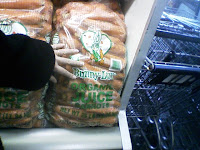 You can pass the carrots anytime now, baby.

It doesn't matter about his ballet slippers. When Chuck Norris dreams of being tough, he dreams about being as bad as Jack LaLanne!!

what about that belt that accentuates his waist???

Interesting that the truncated graphic at the lower right of the clip reads "You Tub."

I own a Green Star juicer and I happen to love it. Of course, you have to be ready to truly embrace vegetable juice. It takes a special kind of person to welcome a green glass of spinach juice.

As Scooby Doo would say, "Hirarious!

Mom watch Jack LaLanne every day, bought his products and lived to be 96.

I was surprised to see how short he is on a recent show.

I have a juicer. Big surprise there, huh?

I'm gonna get me a big ol' sweet slice of pure-butterscotch-bleeding American ass and then drink Kahlua from her cowboy boot, dagnabit.

I'll bet you did, Jackie boy.

Go click on the first Jack pic to enlarge. Now dig the inset pic with the dog. And DIG the camel toe.

I swear to Christ I am an underutilized talent.

Oh well, off to sip cheap whiskey from my cowboy boot (and yes, I do own an old pair of Dan Posts)

I can't fully comprehend why, but I find myself drawn in with his biceps and smile.

I'd like to shake his hand, and then do some stretches with him.

LaLane is God. Hefner is a parasitical, backgammon-playing old fuck who needs to step out of his goddamned pajamas and die already.

Here is one of my favorite (and probably overused lines regarding Hef:

Baby, at your age, no one regards wearing pajamas all day long as an optional activity.

Here's one of my favorite lines regarding Hef, from the desk of Erin O'Brien;

Girl Next Door #1:"Thanks for taking over for me last night."

Girl Next Door #1" Bluer than ever. And it smelled bad. Took forever too."

Aw, man. I'm sure you heard about Jack yesterday. He was 96!