Some bona-fide genius at the Cleveland Indians home office decided to transform Progressive Field into a winter playland for the off-season. My silly cam pics don't do it justice, but if you are anywhere near Cleveburg and you have kids or you just dig winter fun, take this advice: pile everyone in the car and head downtown for the Cleveland Indians Snow Days. 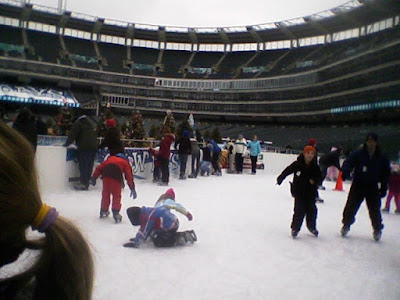 Okay, so I sound like a sap, but the whole venue thrums with that magical holiday feel that--until yesterday--I thought downtown Cleveland had lost for good. Kids are snow tubing and skating and building snow forts. Everyone is smiling. You humble hostess was bounding up and down the steps along all the frozen seats like an idiotic teenager. 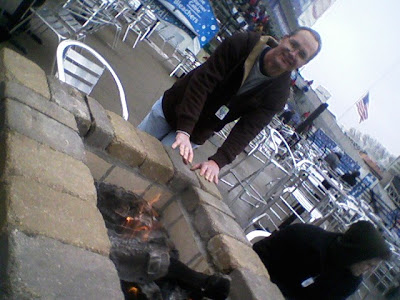 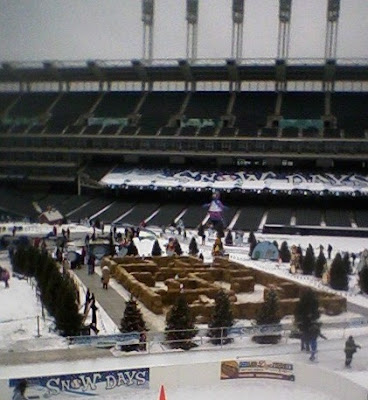 Hay maze for the little kids. 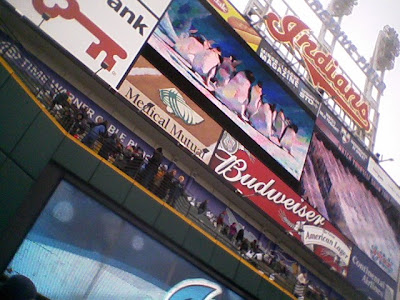 Movie clips playing on the big screen. Yo penguins! 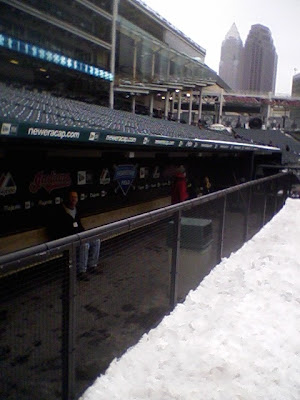 They had heaters going in the Indians dug-out. The Goat sat in there like he was playing for the home team. Batter up, Goat! 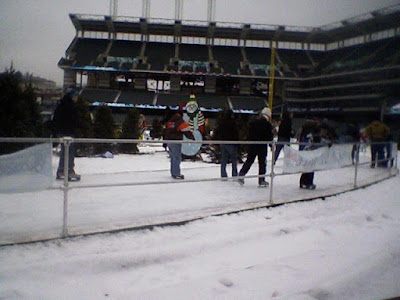 The quarter mile skating rink snakes all along the field. Man-o-man, everyone had a blast.

Hey snowman, we'll be back before you close up shop for the season!

It takes a village. An Indian village.

What a great thing to do for the 'little' people...great time was had by all...

That is so sweet... builds a lot of affection for the Tribe and provides an opportunity to take a lot of stress off during the holiday.

Yes, it was a bona fide genius that came up with this idea.

Hope that genius comes up with a winning team in the Spring.